A state of restless flux with nothing definite except the reddish black velvet glow of distant suns while particles, bodies, drift and crash aimlessly stirring up the sediment of the system into a cloudy emulsion in which that which is present at the beginning of life floats unstable disappearing, reappearing, … 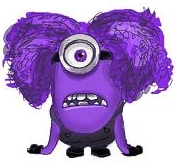 So begins my first novel, Breakaway, and as fine an example of purple prose you are never likely to find. In my defence, I claim ignorance. Knowing nothing and having no one to tell me different, I thought that was the way writing was supposed to be.

Purple Prose is defined as writing that draws attention to itself and away from the narrative by being extravagant, ornate and flowery. It says ‘look at me’ rather than at plot or characters. It focuses on description, lengthy and fanciful, overuse of metaphors and similes, adjectives and adverbs. With all this wordiness, sentences become overly long and meandering, melodramatic and repetitive.

Purple prose loves abstractions, which is probably why cliches slip in. Rather than find more concrete terms as modifiers, heroes are brooding, mountains majestic, and so on. What exactly does a brooding hero or majestic mountain look like?

One source goes so far as to say that “Purple is immoral, undemocratic and insincere; at best artsy, at worst the exterminating angel of depravity.” ***

So why do we become involved with this miscreant? Because we are young and naive.  At least that’s my excuse. Today, children in elementary school can tell you about the dramatic arc. I had never heard the term until I was nearly fifty. Language Arts in my day consisted of spelling and sentence conjugation. (As an aside here, I did come out of it knowing how to write a sentence, unlike many of the writing students I’ve had over the years.)

I learned to write stories the long hard way through rejection and an occasional note from an editor which I resented immensely but for which today I thank the good lord. Those rejections  forced me to seek help in the way of instruction and workshops. Even then, the business didn’t come easily. I had so many bad habits that I didn’t realize were bad habits. I couldn’t figure out what I was doing wrong. In the end, it was writing – day after day, month after month, year after year, that taught me how to write.

And I read. Other writers I admired were the best  teachers. I used to wonder how they knew how to do it. I’m sure they also learned from those who had gone before.

Although purple prose tends to be a malady of apprentice writers, not all beginners come down with it. Some from the get-go are minimalists, noun/verb/object people. It’s a  matter of temperament, I suppose. Certainly, there are great minimalist writers (Carver, Hemingway, but note they are masters of style). Still, years of teaching taught me that between the two, the purple prose addict is more likely to become a writer. From observing students, I’d say it’s easier to pare down than write up, easier to edit out the boring bits than put flesh on a skeleton.

I’ve heard of writers who go around buying up existing copies of their first books so that they can burn them in a giant bonfire. I understand the impulse. Yet, I don’t feel that way about Breakaway. That first book is out there, a physical entity, never to be erased, a testament to my deficiencies as a writer. But I acknowledge it for what it is, love child of my youth, a reminder of my starry-eyed believing self, happily typing away, unaware of the wolves in the pines called critics who were waiting with bared teeth ready to pounce.

*Tamar Ferouin, a fanciful creature, is the name of the main character in my short story, Tamar Ferouin Amongst the Savages (The Nefertiti Look, 1987). 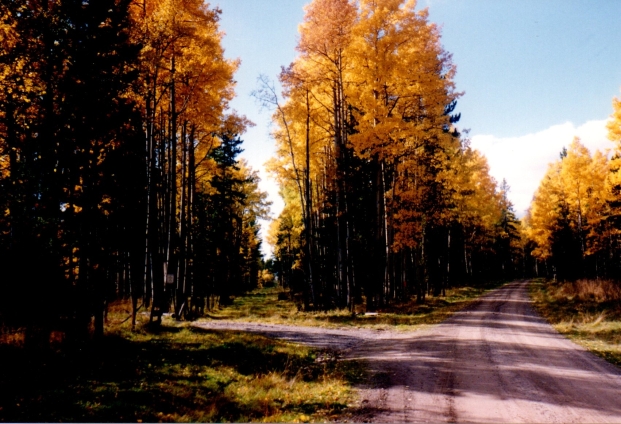