Anita Brookner, British novelist and art historian, died exactly a year ago, depending on when I get this blog posted, her dates 16 July 1928-10 March 2016. One of my favourite writers, author of some two dozen novels and several volumes of art history, which she taught at both Reading College and the Courtauld Institute, winner of the 1984 Booker prize for her fourth novel Hotel du Lac, Brookner had definite ideas about the writing life. In her 1983 novel, Look at Me (she polished off one a year during her summer teaching breaks), she states clearly and definitely, “It was then that I saw the business of writing for what it truly was and is to me. It is your penance for not being lucky. It is an attempt to reach others and to make them love you.”

Sorry, writing friends, but you are not, according 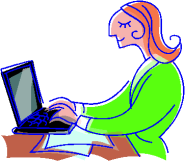 to Brookner, one of the lucky, who has, without effort, been able to attract love. If you had, you would be out in the real world having fun, not stuck in your room having an affair with your computer.

In her long list of novels, the plots juxtapose lucky and unlucky people. The characters who are lucky have happier lives in spite of, or more likely because of, the fact that they are careless, thoughtless, and lack moral integrity and a capacity for self-awareness or self-doubt. The unlucky, whom, one assumes, have opposite characteristics, are not exactly unhappy but must accept their fate. One commentator on Brookner’s novels equates these opposites to the moral tale of the tortoise and the hare. The tortoise, of course, is the artist, and the hare (ordinary lucky people) beats the tortoise every time.

It seems, then, that if you’re lucky you are engaged in life. If you’re unlucky you are exiled to your room, much like a child being sent to her room as a form of punishment, in this case for not being lucky. The question imposes itself, why cannot you simply step out of that room into life? It seems a simple enough action. But no. You are tied to that room because it is the only place you can make sense of life and if you can’t make sense of life the world is a fearful meaningless place. Writing becomes your regular act of comfort.

You do take excursions to the outside world when you must. When real life intervenes you drive the kids to school, cook up some food, attend to your day job, etc. You even go to occasional dinners and parties and events. You may even attempt a more permanent escape but, in a Brookner novel at least, this rarely, if ever, turns out well. So you bravely embrace the constant balancing act between gregariousness and isolation, between involvement and non-involvement. You emerge and stumble about in a state of confusion, wondering which place you are in at any given moment. You live in a constant state of discomfort.

This is what one of Brookner’s characters says on the subject: “I would give my entire output of words, past, present, and to come, in exchange for easier access to the world…” It would be lovely to be part of the world of church and community, of PTA and committee meetings, of coffee and happy hours with friends, of bridge nights, bible study nights, bowling nights, but you can either manage the ordinary world or you can’t.

In spite of what may seem a bleak outlook, Brookner’s novels are a pleasure to read because of her command of the language rendered in astoundingly lucid prose. She is a master of wit and irony, providing the reader with altogether satisfying insights into the machinations of social intercourse.

At times Brookner’s characters view the ordinary life rather wistfully like a train leaving the station without them, but overall they do not protest their fate. They reject all forms of pity, including self-pity. They do not become embittered. They are stoic in their choices. A typical Brookner ending is the main character’s acceptance with quiet resignation her or his allotted place in life. Because the ordinary world is presented as unattractive, it is not an unhappy ending.